A quick look at any of the social media platforms will let you know that videos are all the rage nowadays. Most social media users are consuming video content. As a result, creators and marketers are constantly in search of video editing and video filter apps that assist in producing high-quality videos.

So, if you’re a creator or marketer and are looking for the best video editing apps for Android, iPhones, and iPads, then we’ve got a list of them for you to check out. Maybe you’re searching for the best free video editor apps, or maybe you need a good video editor with music; the list consists of some great options to choose from.

It’s one of the apps that’s capable of making any kind of edits and definitely one of the best editing apps for Android users. It comes with a convenient user interface for precise cuts. This lets you easily edit pictures and videos and serves as a powerful video editor with music included.

Because KineMaster consists of LUT filters, it also serves as one of the best video filter apps on this list as well. It even presents a chroma key compositing feature along with crazy 3D transitions. All these things considered, it’s definitely a viable movie editor app for sure.

This resource comes from the same people who develop GoPro, and this video editing app comes with a bunch of theme options other than the fonts, transitions, and filters. The video editor also has access to more than 100 free songs and syncs the footage to the music’s rhythm.

However, the app doesn’t let you trim your clips which makes this more of a video filter apps or video assembly app instead of a traditional video editing app, but it still presents some exciting features.

This app is really more suitable a social media video content than a standard video editing app. You can incorporate your own custom watermarks and logos and export them in the 9:16 aspect ratio native to Instagram.

This video creator app also allows you to design custom GIFs. The hint actually is in the name itself, where you add your video (pic), then experiment with changes (play), and then share the content on your social profiles (post).

This one’s another incredible video editor with music that allows you to quickly edit video clips and upload them to your favorite social networks. If you’re in search of one of the most robust apps to make edits, Rush is an excellent choice.

This video maker app is a lot easier to use than Adobe Premiere and comes with four video tracks and three audio tracks to place sound design and music. The option to export makes it more convenient to post on social media platforms like Facebook, Snapchat, Instagram, Twitter, and Vimeo.

This video app lets you do almost everything you need with regard to titles and branding. It works across multiple devices, and because the video editor consists of a built-in camera function, you can capture footage and then edit and share it to social media from a phone, tablet, or desktop.

You can even regulate the speed of your video clips, which is something many video apps don’t include. Additionally, it comes with a library of songs and sound effects that can be synced with iTunes.

It comes with all of the crucial options like the ability to adjust clips, add text, transitions, and even serves as quite a useful video effects app and video filter app, respectively.

This app also comes with music that seems to be geared toward social media content. You get all of the basic editing features, including some that other apps don’t like the ability to change the speed of your video footage.

It can help put together a video montage or a photo collage in a short amount of time, and the simple interface and features are primed for social media.

With this tool, you can edit videos with a cinematic touch, even on a professional level. It’s the perfect companion for the ones who find it convenient to shoot video on their phones. It comes with a simple and easy-to-use interface, which allows even a novice to create a brilliant video.

This was developed by keeping the speed factor in mind. It lets you optimize on 64-bit devices and edit them smoothly.

It’s an AI-powered video editing app where your footage is assessed by artificial intelligence to find the best parts of those clips.

This editing app also includes filters and effects, along with stabilization, facial recognition, auto-cropping, and a commercially licensed music library. The app is heavily focused on creating videos for digital marketing and businesses, or rather filling in for businesses with no video marketing.

It’s a video editing app geared toward fan edit videos and catchy videos to share on social media. And this video editor is all about adding special effects and template motion graphics, including glitter and stars, to your videos.

One unique specification in this app is the collaboration option, where you can create a video that features two people in separate locations and edit the video to make it seem as though they’re in the same area.

This company has been around for years and was primarily used for desktops and laptops. But they obviously saw the potential in mobile video editing as well, which is why they created their own video editing app.

Because they’ve been in this domain for years, you get one of the best video editing apps that consist of really nice transitions, effects, and sound design.

it’s definitely one of the best video-free video editors for Android and iOS; by free, we mean it’s completely free. You won’t have to remove watermarks by upgrading to a premium subscription, and it works as a video filter app as well.

It comprises everything you need when you search for apps to make video edits, but also to edit pictures and music in your projects. This really is one of the amazing free video maker apps around, so don’t rule it out.

Like many apps on this list, this is a video filter apps or tool mainly catering to social media. Additionally, you receive over 140 royalty-free music tracks with the scope to use your own music inside the timeline as well.

This editing app presents features like the ability to trim and place clips, comes with unique options in the voice modulation feature, and also includes over 40 visual effects and 20 themes to add to your videos.

Smartphones have revolutionized video editing as a convenient way for both professional editors and amateur users in the world. Today, users are more conscious about self-editing their videos. People with high-quality smartphone cameras capture beautiful clips and carry out extensive editing, for which these will prove to be incredibly useful.

Author bio: Clara Smith is a graphic designer for a notable company in the UK. Clara has earned her Master’s degree in data science from Curtin University. She has developed an impressive freelancing portfolio. She’s also a member of MyEssayhelp.co.uk and provides guidance on essay typer tools.

Clara Smith is a content writer and blogger with a reputed digital marketing firm in Oregon, the USA. She is also a part-time essay writer at AllEssayWriter.com, a leading essay help service in the States. 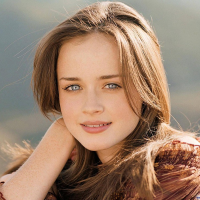 By admin
In today’s world, having an internet connection has become a basic necessity for survival, and…
END_OF_DOCUMENT_TOKEN_TO_BE_REPLACED
0
0
0
Share
Tech

By admin
Live streaming has become increasingly popular. It is a great way to connect with people in…
END_OF_DOCUMENT_TOKEN_TO_BE_REPLACED
0
0
0
Share
Tech

What is Metaverse Technology? Type, Benefits, and Companies?

By admin
You definitely must have heard the big news. One of the most influential companies and its CEO came…
END_OF_DOCUMENT_TOKEN_TO_BE_REPLACED
0
0
1
Share

Sign up for Miska’s Daily Digest and get the best of miska, tailored for you.